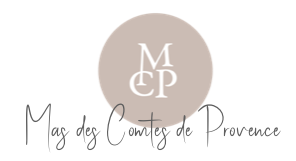 Visit the castle of the dukes of Anjou, counts of Provence, Louis II, Louis III, René Ier, and discover the best preserved medieval fortress of France, raised between 1400 and 1435.

A stone's throw from Beaucaire and Tarascon, on the Aiguille Hill, you can visit the old cave monastery of Saint-Romain, an amazing and moving spot hollowed out of the limestone rock. You will discover there many vestiges of monastic life but above all a vast cemetery from which you can admire a magnificent panorama over the Rhône, the Alpilles, the Luberon and the Mont Ventoux.

In the heart of Alpilles, the monumental "Carrières de Lumières" host extraordinary multimedia shows which are unique in the world. Culturespaces is organising an innovative and ambitious project with 4 key aspects:

New high-performance technological equipment for this outstanding audio visual show. Each area of the Carrières invites visitors on an extraordinary audio visual journey made possible by cutting-edge technological equipment and methods developed by Culturespaces and its multimedia partners: 70 video projectors, 3D audio adapted to the specific characteristics of the site, etc.

The Arena of Nîmes perfectly illustrates the degree of perfection achieved by the Roman engineers for the design and construction of this type of very complex building. Indeed, it presents a perfect symmetry. Oval shaped, it is 133 meters long and 101 wide with a track of 68 by 38 meters. Measuring 21 meters high, its exterior facade is two floors of 60 superimposed arches and an attic, separated by a cornice. At the top, pierced projecting stones received mats to which hung a velum, huge canvas spread over the spectators to protect them from the sun and the weather. Originally, all the arches on the ground floor were open to serve as entry or exit. There are larger Roman amphitheatres, but it is the best preserved of all.

Frigolet Abbey is home to a community of Canons Regular of Prémontré (known as Premonstratensians or Norbertines) who follow the rule of Saint Augustin, bishop and monk from the 5th century. Their action involves both contemplation and apostolic work.

You can visit and stroll the outside area on your own.

Visit of the inside of the monastery:
every SUNDAY at 4:30 (winter: 3:30).
Get your ticket before the visit at the Abbey store.
Visit starts in front of the basilica, by the monastsery.
Groups of over 10 people please reserve ahead.
Doorkeeper: every day 10:15 to 12:15 2 to 6pm

On the ancient site of Ernaginum, at the crossroads of the Via Agrippa and the Via Domitia, which later became a mediaeval stronghold, the 12th century Saint Gabriel Chapel and the former 13th century Château still testify to the site's prestigious past.

Massage at the Mas

According to legend, the bridge was built in the 12th century. by a young shepherd of Vivarais, Benezet, on celestial order. Completed in 1185, it was the first passage on the Rhone between Lyon and the sea, the bridge then stretches for about 900 meters and has some 22 arches. Dismantled in 1226, rebuilt and several times carried by the Rhone, its use was abandoned in the 17C. It now has four arches and a chapel dedicated to Saint Nicolas. He is famous throughout the world thanks to the children's song "On the Pont d'Avignon". Real technical feat, the Pont d'Avignon, was a permanent building site and formerly connected the two banks of the Rhone. Bearer of legends, emblematic monument of the territory, it has been the subject since 2010 of an unprecedented interdisciplinary work that has mobilized a whole community of researchers under the aegis of Greater Avignon and the CNRS. We can now admire the result of this research through museographic devices and multimedia mediation that reconstruct the bridge in 3D in its landscape at different times.

- Museum space "The Found Bridge": exhibition and films on the episodes of scientific research that allowed the 5 laboratories of the CNRS to conduct their investigation to elucidate the riddles of the Pont d'Avignon Saint Bénezet. This research leads to the immersive and spectacular presentation of the crossing of the reconstructed bridge in 3D in its original landscape in 1550. - Multimedia touch tablets in French and English: A fun visit that presents the very eventful history of this monument with interactive multimedia devices: films, images, commentaries, quizzes and points of view of the bridge reconstructed at different times. The Pont d'Avignon has been labeled Tourism and Disability for Motor and Mental Disability since November 2016. Audioguided tour in 11 languages ​​(included in the price of entry). Films, exposure and touch pads to discover the bridge like you've never seen it before! Free visit of about 40 min.

A masterpiece of ancient architecture, the Pont du Gard aqueduct is one of the most beautiful Roman constructions in the region. Discover a magnificent monument in the heart of the route of this Roman aqueduct.

Cruise in the Camargue

In a warm atmosphere provided by the entire crew, you will find yourself in direct contact with the unspoiled nature; its unique flora, its rich fauna of aquatic birds, without forgetting the manade of bulls and horses presented by a GARDIAN.

Located on a rocky outcrop in the heart of the Alpilles, the Château des Baux-de-Provence stretches over 7 hectares: it is one of the most majestic places in France. Historical Monument, the Castle offers an exceptional panorama on the Alpilles valley, as well as on all the region.

Come and discover the Camargue, unique and authentic place, source of beautiful promises by taking the road of the senses. Let yourself be guided on this wild land that is offered to you and will delight you every moment. The Camargue Safaris Otherwise are an open-roofed immersion, the sky at your fingertips. Go from dream to reality in this mythical and mystical place where our guides will awaken and revive your senses for unforgettable memories. Imagine going on an adventure aboard our 4x4 for a half-day safari. At each stage of our excursions, immerse yourself in the heart of authentic landscapes, giving you discoveries as beautiful as unexpected. Let yourself be amazed, at the bend of a beaten path, by a flight of flamingos. The senses awake, continue your escape to the delight of the pupils and taste buds. Taste the pleasure of a visit of the manade (breeding horses and bulls) and stop for a gourmet break (sausage of AOC bulls, fougasse Aigues-Mortes ...). Then, let yourself be carried in this country, in the middle of the marshes of Old Vistres, through the rice fields, along the ponds and channels. You will be transported out of time in the heart of the medieval city of Aigues-Mortes. And, come and enjoy a stop in the notary Bicentennial Mas, where you will taste the wines of the soil. With us, you will dream with your eyes open!